Way Language Course at Guildford (and what you can do there) 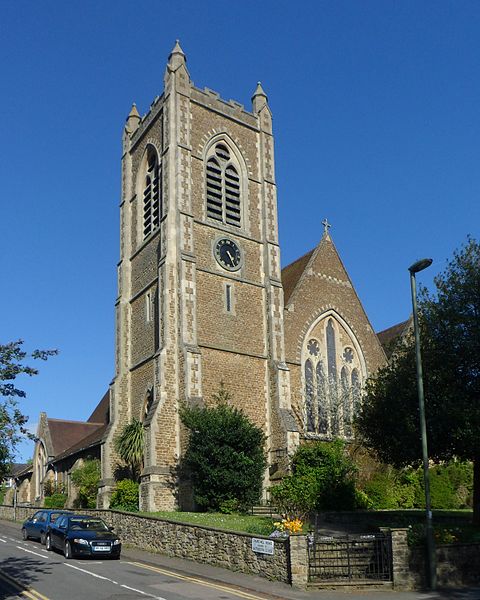 As some may have noticed from our front page, we are now also in Guildford. For now we are only offering morning and afternoon Saturday classes, but we hope to start weekday classes were soon! We are going to be at Christ Church Guildford, right next to the London Road mainline station.   The prices are the same as in our Stockwell school. And remember that if you refer friends to us, you get discounts. You could even get a month of classes for free!   But, let’s talk a little bit about Guildford. At Way Language Course we are very excited about our new classes there, so we decided to write a post all about the town and why we like so much.

A little bit of history (it’s not boring, we promise)

Guildford is a very old town. There isn’t definitive proof, but some people think Guildford is the town of Astolat from the Arthurian legends. There is proof however that a Roman villa existed there. After the Romans left, the Saxons took over. With William the Conqueror a castle was built and the town became the home of the Royal Mint (where coins are made). At that time it was called the guilden town, golden town, probably because of the golden flowers in the area. In 1257 the town was allowed to have its own government and rules and it has ever since. At first Guildford was a rich town thanks to wool production, but with time it stopped growing and stayed a small market town. In the 19th century thanks to the mainline to London it started growing again and became the bustling town it is today. In the 20th century a cathedral, university and shopping centre were built. And the population went over a quarter of a million for the first time. Nowadays Guildford is considered a commuter town. Many of its population works in London and travels back and forth daily, only to spend their nights and weekends there. However, many multinational companies have factories and offices within the town limits so a lot of people can work locally.

Guildford is very easy to reach from anywhere in the country. By car you can get there using the A3 and by train SouthWestern and Southern have services that take you right to the centre of the town. If you drive there’s a park and ride service to help visitors avoid road congestion. The trip from Central London takes about 45 minutes. There are also several local buses that connect Guildford with other surrounding towns, such as Woking. And a National Express coach service, but it doesn’t stop at the town centre.

There are a lot of thing to see in Guildford, but the main three attractions are the castle, the cathedral and the museum. Guildford Castle was built by William the Conqueror. The castle is not very big but going up the steps is worth the beautiful views. The entrance fee is affordable and the grounds are free to visit. The Cathedral started construction in 1936 but it wasn’t finished and consecrated until 1961 due to WW2 delays. Entrance to the Cathedral and the Treasury is free, and there’s also an affordable guided tour. The Museum is free to visit and has four main colletions: archaeology (local Surrey artifacts), needlework (crafted by and for locals), local history (mostly about trade and daily life), and art (including many of John Russell’s works).

Guildford has a lively arts scene with many art galleries, live music venues and theatres. For those who enjoy food there’s a Farmer’s Market every month on the High Street with over 40 vendors who sell the best of the local produce. There is also a smaller biweekly market on North Street and many family owned restaurants and pubs. The High Street shops, the three shopping centres (Friary Centre, White Lion Walk and Tunsgate Square) and the Ladymead retail park are great for shopping, with large national brands as well as small owner-run stores.

If you have visited Guildford before or live there, which is your favourite place to go to?