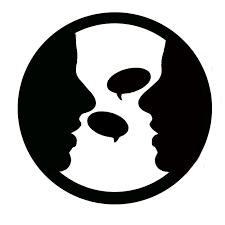 Reported speech or indirect speech is a tricky part of English learning because there are many things to think about, and it gets used a lot so there’s no way to avoid it. Even if you do try to avoid it, you will hear people using it and if you don’t understand how it works it could change the meaning of what people are saying. All of this might seem like a lot of information, and it is! But it is easy once you put it into practice it. In our classes we don’t spend too much time going through the rules so you can start using reported speech as soon as possible in a natural way without having to think about all the rules and exceptions, you can use it the way a native speaker does!   What is reported speech? Reported speech is a way of retelling what someone has said. There are 3 ways of doing it:   What changes in reported speech? Mostly 3 things change when reporting what someone said: Those have to be changed so that the sentence still makes sense even if you are talking to a different person, in a different place and at a different time. For example you can be in Canada on September. In that case where is Canada (here) and when is September (now). But if you later report the conversation in England on December the where is not Canada (there) anymore, it’s England (the new here). And the time is not September (then) anymore, it’s December (the new now).   Changes in people People can be referred by name (John) or by pronoun (I, you, he…). Changing people in reported speech is the hardest thing to do. You will find many tables and rules in books and on websites. But you can’t simply follow rules, you need to pay attention to the people you are now talking to. Here is an example in direct and reported speech. So Peter can stay the same or change depending on who is reporting and who they are reporting to.

Changes in place Places are a lot easier. Most times you will be reporting things in a different place so you can use there instead of here/there, and that/those instead of this/these/that/those. If you are in the same place, then you can keep the place reference. And names of places can be kept without change (Canada is always Canada).   Changes in time expressions Time expressions will almost always change. Exact dates (such as November 5th) can be kept, but references to time (like then or tomorrow) need to be changed. A different expression can be used or the exact date referred to. Here is a table to help you with the changes:     Changes in tenses Because time changes tenses need to be changed. This is the easiest change that happens in reported speech because there are almost no exceptions, but you do need to remember how to change each tense. The general rule is that they get taken back one tense into the past. Our previous tense article can help you understand what that means. If what is being reported is a fact or is still a future event, then the tense remains the same. Here is a table to help you with all other changes: