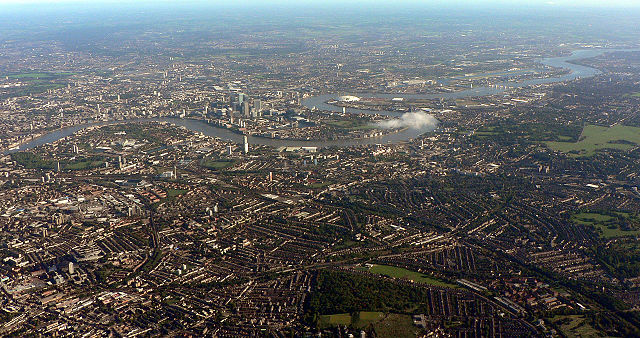 London is divided into boroughs. They are basically municipalities: large areas that fall under the same local government, in this case the council and the mayor. There are 32 boroughs in London and one local authority that is not considered a borough but it’s part of Greater London: the City of London. Westminster is special because it is called City of Westminster but it is still considered a borough. And there are also three royal boroughs: Kingston upon Thames, Kingston and Chelsea, and Greenwich. These royal boroughs all have some connection to the royal family.

Inner and outer, and central

London is officially divided into Inner and Outer boroughs. Camden, Greenwich, Hackney, Hammersmith and Fulham, Islington, Kensington and Chelsea, Lambeth, Lewisham, Southwark, Tower Hamlets, Wandsworth, and Westminster are the Inner boroughs. The Inner boroughs usually have the London postcode system (N, NW, SW, SE, W, WC, E and EC), but the division is not exact. The rest are the Outer boroughs, and they mostly have out-of-London postcodes (for example, most of Croydon is CR). There is also Central London. The definition is not clear because every few years the local government changes it! However, when most people refer to Central London they talk about Zone 1 and maybe Zone 2 of the TFL travel zones.

North and South are easier distinctions. North means North of the river and South is South of the river. There are places like Fulham, which is on the North bank of the river but falls within the SW postal area because it sits right on one of the many twists and turns of the Thames. Some people consider it to be in South London, while others think it is North London. But in general North is North, and South is South. The South tends to be seen as a poorer working class area and the North as a higher income area. But nowadays, there is a mix of people all over London with some of the most affluent areas located South of the river (like Balham and Clapham) and some of the lowest income ones on the North (like some parts of Camden).

West London is a government division on the London Plan, but very few people talk about West London as an area. However, East London shares a history and a culture and people refer to if often. It’s common to hear someone calling themselves an East Londoner, but almost no one would say they are a West Londoner. The East of London is usually considered to be Tower Hamlets, Newham, Waltham Forest, Barking and Dagenham, Redbridge, Havering and Hackney. It used to be a low-income working-class area, but now many places are becoming fashionable and housing prices are going up. It specially became popular after the Olympic stadium was built there.

The East End and the West End

The East End is right at the East end (hence the name) of the old Roman and medieval walls of London. As with other divisions the limits are not clear but most people consider the East End to start at Aldgate and to include Tower Hamlets and Shoreditch. This was a working-class area with high levels of immigration that is now becoming more and more popular with tourists and high-income workers. Shoreditch in particular is seen as the hipster centre of London. The West End is just West of Charing Cross and covers most of Westminster and Camden. This is the main tourist area in London as most museums, galleries, large shops, restaurants and many landmarks are located in the West End. There are also many UK and London government offices as well as international ones (embassies, consulates and tourist information centres), and the headquarters of several large international corporations. To know more about is always better to learn the English language with Way Language school using Callan method. There are many other areas in London, but those are the main ones most people know and talk about.